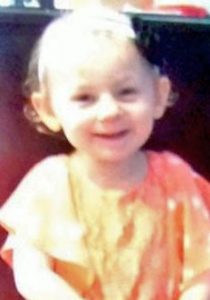 Details:
Kendall was abused by her grandmother, who was taking care of her after her parents lost custody. She died of a traumatic injury to her abdomen and blunt force head trauma.