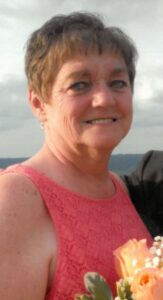 Details:
Klara’s husband called emergency services and told them that he had stabbed her to death. He claimed he “could not watch her suffer”.