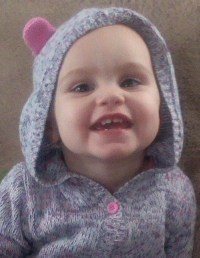 Details:
Maddox’s father kidnapped her, beat her to death with a baseball bat, and burned her body. Apparently, he was jealous of all the attention Maddox received while she was being treated for eye cancer.

Source:
‘They were two kids struggling’: Maddox’s parents were stressed about money, child’s health
A toddler survived cancer. Then her father beat her to death, burned her and tossed her in a creek.
Father killed his 21-month-old who survived cancer ‘because he was jealous of the attention she got’
Jealous dad murdered cancer survivor daughter with baseball bat and burned body after she was showered with attention
Maddox Lawrence murder: Dad battered toddler to death with a baseball bat
NY dad, jealous of the attention his cancer-survivor daughter received, pleads guilty to killing her
>Toddler Survives Cancer, Father Kills Her for Receiving Too Much Attention
Exclusive: In prison, Baby Maddox’s dad and killer faces ultimate question: Why? (video)