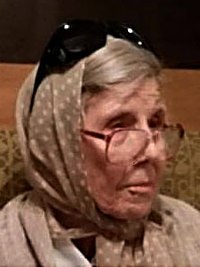 Details:
Peggy was beaten to death with a hammer and dismembered by her caregiver.