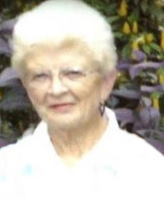 Details:
As she lay in a hospital recovering from a broken hip, Mary’s husband killed her and shot himself.