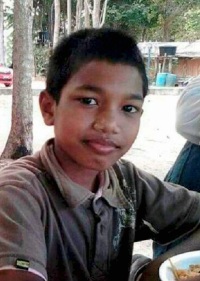 Details:
When Mohamad’s mother brought him to the hospital, she claimed that the boy had fallen in the bathroom. But Mohamad was dead, with cigarette burns on his skin. Police arrested his mother, stepfather, and step-uncle, whom they suspect of torturing him to death.