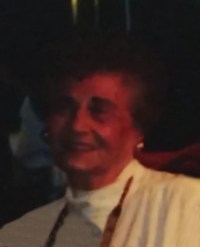 Details:
Nadia’s cousin bludgeoned her to death, then broke a glass door panel to stage a fake burglary; police spotted the fake because the cobwebs outside the door were intact. He hoped to collect an inheritance from Nadia when she died.

Nadia was an independent woman who was known and loved by her neighbors.