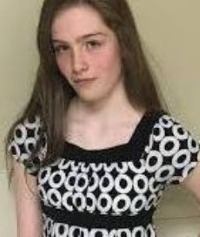 Details:
Natalie was one of several children, all of whom were neglected and abused by their mother. Natalie often went to neighbors’ houses to ask for food and clothing.

In the last year of her life, she was taken out of school, kept at home, and starved to death by her mother.

Neighbors and classmates remember her as a gentle, kind girl who did her best to help her siblings. Her two siblings were rescued when Natalie died and were hospitalized in poor condition; when they recovered, they went to live in foster homes. It is likely that Natalie’s efforts saved their lives.