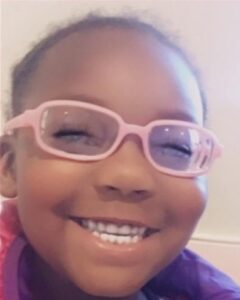 Details:
Amari went missing from a hotel where her family had been staying. Several days later, she was found dead in the woods fifteen miles away, the victim of a homicide. Police who questioned her mother and her mother’s partner say their statements were inconsistent and untruthful; the two were arrested on suspicion of having caused Amari’s death.

Amari’s siblings, age 5 and 6, were removed from the home.