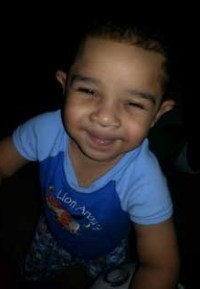 Princeton was thrown down the stairs by his 16-year-old brother, who then got a knife and began stabbing him. His 9-year-old sister came to his aid, but was hurt trying to protect him.