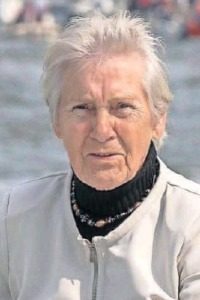 Details:
Rietje was the widow of a successful plumber and real estate dealer. She had inherited his money, and one of her four sons wanted it. When he saw that Rietje was getting dementia, he manipulated her into making him her sole heir. Then he locked her away in his house and neglected her; another of her sons said that sometimes, when he walked by the house, he could hear her in the house, crying to be let out. Rietje was eventually found dead with dangerous levels of morphine in her body and a morphine tablet under her tongue. When police questioned her son, he confessed to having poisoned her.