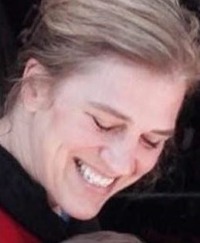 Details:
Roberta, who was living on disability payments due to her bipolar disorder, was abused by her boyfriend. At one point she was able to leave him and get a protection order, but eventually she moved back into his apartment–an apartment to which he held the only key.

Roberta was stabbed to death by her boyfriend.