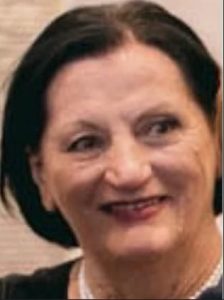 Details:
Robyn was found dead in her garage. Police suspect her husband of having strangled her or killed her with an axe during an attempt at murder-suicide.

She had a small dog named Foxy.

Source:
Elderly man in court charged with wife’s murder at Gold Coast home
Man accused of killing his wife allegedly tried to put body in a car
Family say they are supporting 82yo man accused of murdering wife
Woman allegedly murdered by husband may have been dead for a day
Husband charged over suspected murder suicide won’t cooperate, police say