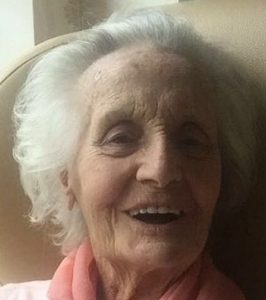 Details:
Ruby’s grandson went to the care home where she and her husband lived; he stabbed her in the neck, killing her.

She was a great-great-grandmother who had just celebrated her 70th wedding anniversary with her husband. Her family remembers her “creativity and love for crocheting, dressmaking and bingo” and says she “always had a song to sing for every occasion”. She had lived in a nursing home for seven months and enjoyed visits from family.