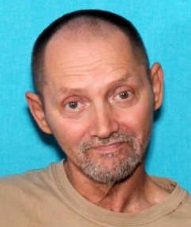 Details:
Scott’s caregiver left him alone and didn’t care for him. He died of neglect, with severe bedsores. She left his body in place for two days before finally calling a funeral home.