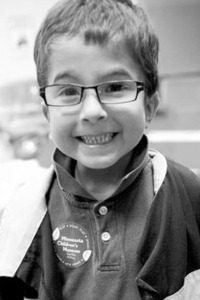 Details:
Seth’s adoptive parents claimed he had been diagnosed with fetal alcohol syndrome and reactive attachment disorder, though no records corroborating this could be found.

When Seth was seven, he became sick. His parents, instead of getting him medical help, did online research and diagnosed him with PTSD and a traumatic brain injury.

Seth died of untreated pancreatitis. When he died, he was badly malnourished and covered with injuries, including bruises and pressure sores. His parents said the bruises came from Seth throwing himself down the stairs, and that they had not gotten him medical care because Seth did not like going to the doctor.