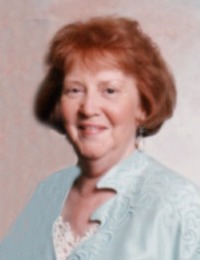 Details:
Sue was shot by her husband in a murder-suicide.

She had a son and two grandchildren.