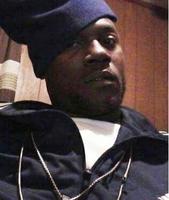 Details:
Troymaine’s ex-girlfriend picked him up in her car, leaving his wheelchair behind, then abandoned him in the woods. He was found dead from hypothermia four days later.

Troymaine had a passion for rap music.