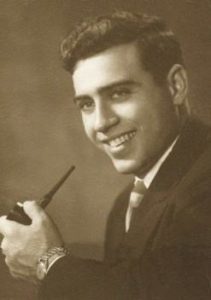 Details:
Gerald was drowned in a river by his son.

He was an attorney for 50 years. He had a great deal of intellectual curiosity and always had a book with him.

Perpetrator: Gerry Sohn (Son), died before he was charged; case closed when he died.