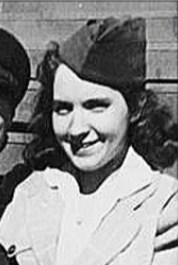 Details:
Not long after Leona’s grandson moved into her house to help care for her, he and his wife conspired to kill her; he strangled her with a towel.