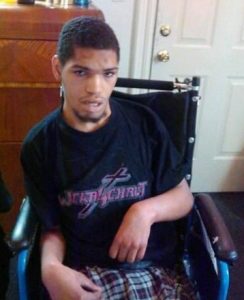 Details:
Walter’s mother neglected him; eventually he died from a combination of malnutrition, pneumonia, and sepsis from pressure sores. He weighed 73 pounds when he died.

Perpetrator: Cinnamon A. Corley (Mother), charged with murder, aggravated manslaughter, and neglect of a disabled person.